Hi everyone,
As you might already known, Indonesia isn’t famous for producing a video game titles, even less being adapted into a live action movie.
So, today we would like to inform you, our first foray into video games movie adaptation based from our game DreadOut, will be release in Indonesia’s cinema on January 2019. As for worldwide distribution would be announced later after our release on locals cinema nationwide. 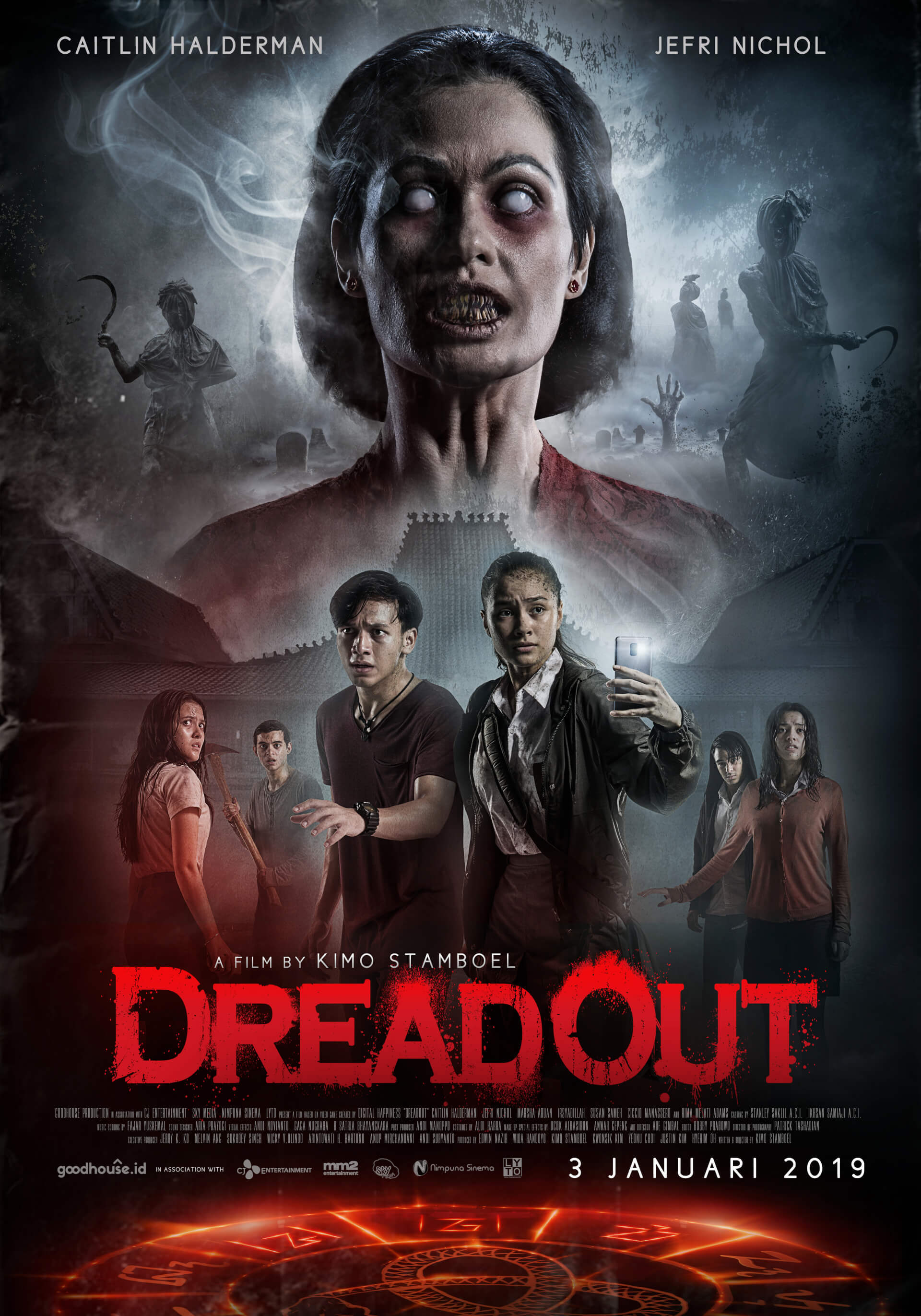 Even without being labelled as direct adaptation from the game, DreadOut movie will still maintaining the basic concept of survival horror in original DreadOut game and further deepen the lores behind Dread universe, also set as prequel of the main story in DreadOut game as well.

DreadOut movie is produced under goodhouse id production company. Directed by Kimo Stamboel from the producer of recent Netflix’s The Night comes for us (2018), and famously directed Headshot (2016), Killers (2014) and Macabre (2013) as The Mo brothers. In association with CJ Entertainment, Sky Media, Lyto Games and Nimpuna sinema.

A post shared by Digital Happiness (@digitalhappinessofficial) on Sep 2, 2020 at 8:37pm PDT